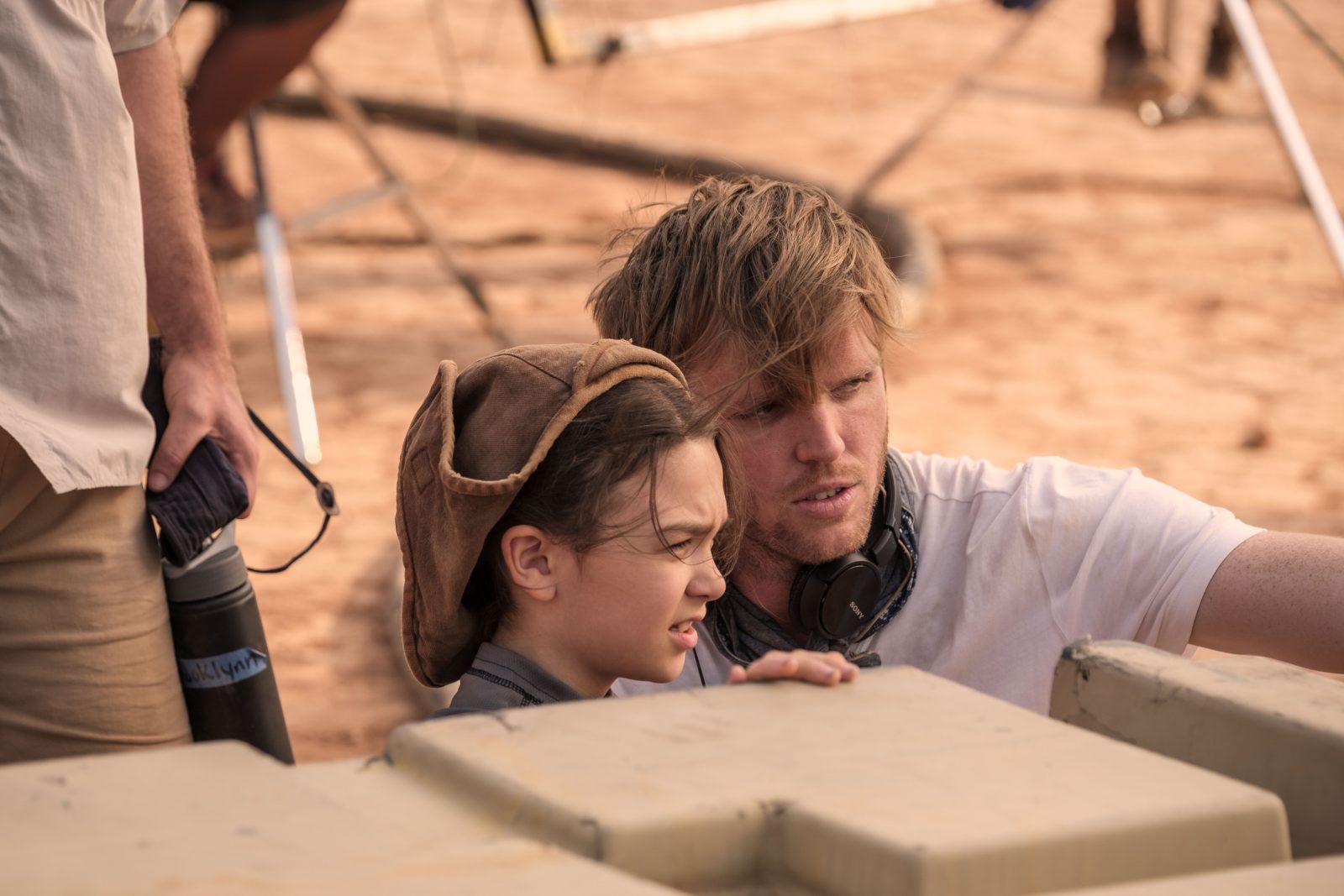 Giles Alderson was joined on the podcast by director Wyatt Rockefeller & producer Julie Fabrizio, talking about their new and first feature film, Settlers – which is out now.

Wyatt started off by saying that he was excited for people to finally be able to see their film.

“We shot this in the fall of 2019, and we actually just locked picture when COVID descended. So we had basically an extended post-production on the film, which frankly helped make it a better movie, because we just really had that opportunity to tweak it.”

How They Started Making Settlers

Julie was at business school while Wyatt was writing the script. She has a finance background and wasn’t sure what she was going to do after her programme.

“So we had a long talk and started a production company. And I laughed when you said the budget for a first feature film. In our business plan, the budget was somewhere around a hundred thousand dollars for this film. (Wyatt) was writing the script, purposely with one location, with a few characters” because they thought that that would be realistic for financing.

Julie then uploaded the script to The Black List to get reviews “because I’m obviously biased and the people we shared it with, are they biased? It was good to get some outside feedback of people who don’t know us at all.”

A few people positively reviewed it and it started trending which is when they started to send it out to some people that Wyatt knew from film school, and some of their industry friends who they thought might be interested in reading it. From that, a friend’s brother who was working in the industry, called Wyatt to ask if he could send it to some agents.

“A junior agent at UTA called Wyatt out of the blue. He’s called Houston Costa. He loved the script and was like, let’s make a movie. He asked who Wyatt saw for the roles, and the role of the little girl was really important.”

Wyatt and Julie had only one person in mind for the role – Brooklynn Prince, which was fortunate as UTA represented Brooklynn. Houston and Theresa Peters, with who he worked closely together, pitched the role to her. “And she and her family really championed this project from day one. We talk about making a movie and how it feels like a house of cards, you need all of these pieces to come together or else it all falls apart. And she was a pillar, she just never wavered, even though the cards kept changing all the time.

When asked about his writing strategy, Wyatt laughed and said that he is still trying to figure out what works. “I’ve tried a lot of different things, I think deadlines definitely help, even if they’re internally imposed, but I’m not someone who can just jump into something and jump out.”

He says he likes to allocate time to build his work –  even if it is just a page. “You need time, to give yourself space to get into the world. I think to a certain extent, I really did have the outline of this in my head. I didn’t have a big whiteboard, but I had the equivalent on my computer.

I do find sometimes just writing when you’re stuck, just putting pen to paper actually yields the solution to whatever block you had.”

Julie had never worked in this industry before, so she started with the things that she felt most comfortable with, which was financing.

A friend, who also worked in finance, introduced them to an accountant who now works in film. Josh read the script and was very helpful and agreed to join as a producer because “he happened to have a lot more experience than both of us.”

Josh also helped with locations. They were trying to decide between South Africa and Morocco, “because they both have great tax treaties with the UK” but Josh had made films in South Africa and had connections with Johan Kruger who had “done a lot of films and they successfully were able to get the kind of UK/ South African tax rebate. That relationship, especially with first-time filmmakers was crucial because you can hustle so much in the beginning, but once cameras are rolling, you just want someone who has been through this and knows what they’re doing. It was pretty incredible to watch them work.”

You can listen to more of our brilliant podcast with Wyatt and Julie, here.