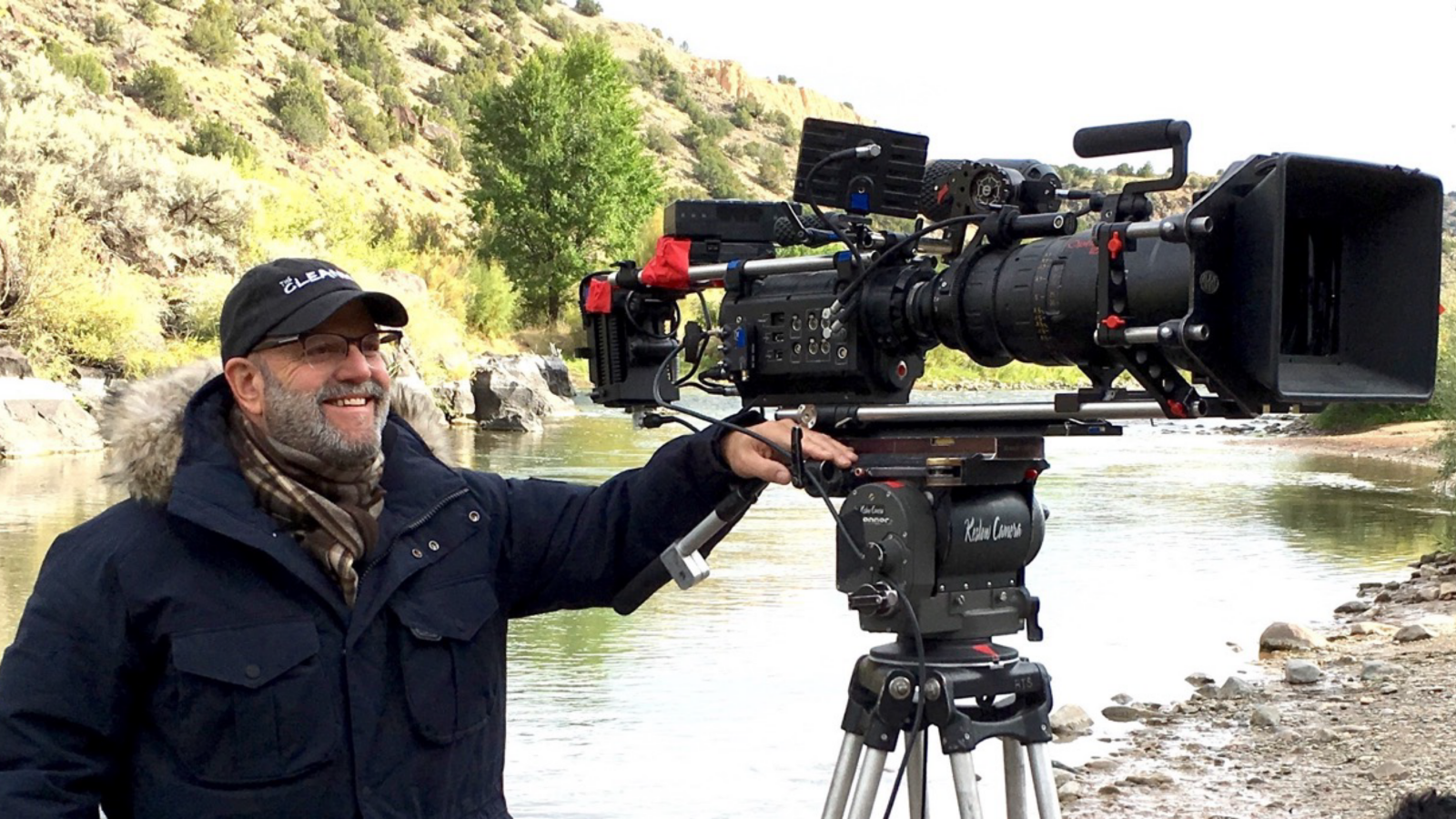 Giles Alderson and Dom Lenoir had the delight of chatting to director and producer Jay Silverman about his career, working and living in Hollywood, and his latest film Saving Paradise.

Jay has been working in Hollywood for over 40 years and said that “Saving Paradise is a wonderful example of why Los Angeles or Hollywood has a reputation. My movie takes place in Pennsylvania, but Los Angeles is where we predominantly shot the movie.

There are so many wonderful aspects to making movies, with incentives around the world to lure filmmakers, but there is nothing like the incentive of having a great talent pool, like we have in Hollywood, especially for character actors.”

It all comes down to economics. “There’s no way I could fly a cast of 10 supporting actors to Tennessee and put them up in a town that only has three hotels.” The other advantage of staying local is being able to easily source local actors and crew, as well as the right locations.

“That’s 90% of what makes it possible for me to make movies – who you know, and how to put a thread of silk through a needle.”

“The writer who wrote Saving Paradise (Van Billet) wrote my next film Yale, which is his story based on his grandfather. And I get a call from a producer who wants to turn my movie into a $10-12 million film.”

Jay says that chances are he won’t go for that option, because as a filmmaker there are so many obstacles. “You buy a script. And then spend a year and a half developing the project to make it better and affordable. And that in itself is something that some filmmakers never have to experience – they wake up in the morning and go into production on a $20 million movie.

They’re not worried about whether or not they can stay at a location for five days versus building a stage. Those things are in my control when I take a project on as an independent filmmaker. It’s up to me to essentially lead the team in a way that is not only affordable but not compromising the project.

I think one of the most important aspects of what I love to do is being able to make a movie from development to completion.”

As a filmmaker, Jay says that he gets up every day “with an urge to want to expose something that hasn’t been exposed.” When he was given the screenplay for Saving Paradise he became fascinated with pencil production, because he didn’t know how factories made them. So he flew to Shelbyville, Tennessee (one of the only pencil factories still running in the US) with his DP and camera assistant.

And they got a “license to get good usage of the factory – four hours. And we ended up shooting all the reverse shots of the factory with real factory workers. And then when you flip the camera around, we shot all that in a factory in Los Angeles.”

He wanted to really highlight the plight of the workers and the factory. “It has heartache and it has soul. This passion of the worker. I couldn’t imagine making a movie about that without having real workers in the movie.”

To find out more about Jay Silverman, Saving Paradise and his filmmaking experiences, listen to the full podcast here.