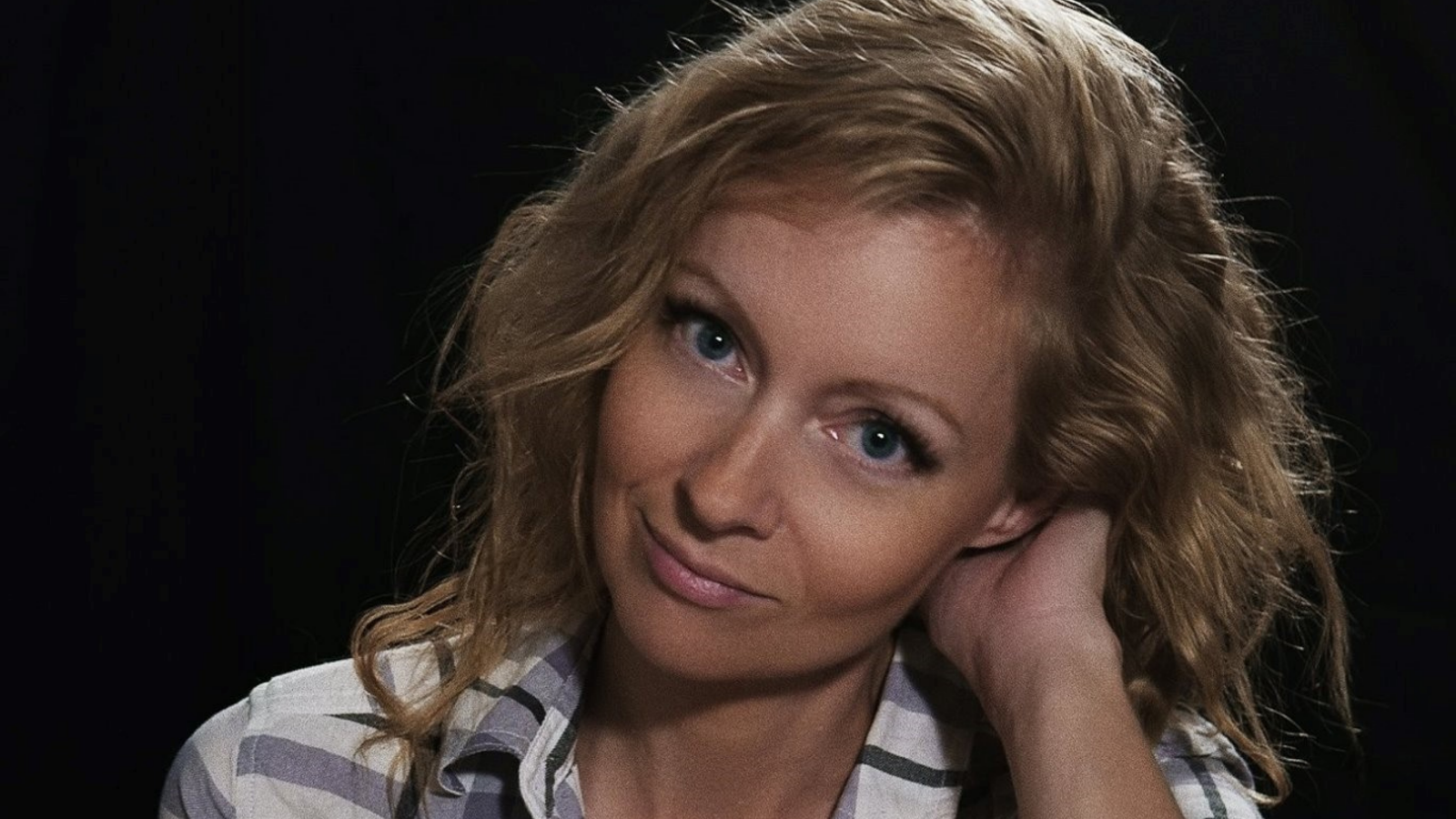 This week on the podcast, Giles Alderson and Dom Lenoir chatted to the amazing writer-director, Axelle Carolyn. Known for Soulmate, The Haunting of Bly Manor, The Chilling Tales of Sabrina and her latest film The Manor.

Axelle started off her film career as an actor. She said that as a blonde, young female in the industry, people immediately assumed that you’re an actor, and push you in front of the camera.

“And I took the chance because that was just an opportunity to work in film. But it was not my thing. I was still writing scripts and then I wrote one and I was like I’ll have to make this myself. I want to direct, and this is what I need to do.”

On her first day on a professional set, she realised that “this is what I’m supposed to be doing. This is my natural environment and I feel really good.”

She quickly realised that just because she’d made her first film, didn’t mean that she’d get her next job, a big agent or a manager. But a few years later she met with Mike Flanagan at a convention and things started to change.

“I was about to say, I love your work. And before I could open my mouth he was like I love Soulmate. And he was very genuine about it because he offered me the job on Bly Manor, based on the fact that he felt it was the right sensibility. So you never know when something you’ve made is going to pay off.”

She said that while it’s important to have work to be able to present to people, you also shouldn’t put too much emphasis on it. “The industry has changed a lot. Things are not the same. And especially with the pandemic – everything works slower.

When Soulmate came out again, nothing came of that. And then I made Tales of Halloween and not much came out of that either. And then I wrote a pilot. I was always into Victorian times and then I went to a funeral and the emotions that I felt being there made the story come together very quickly.

I wrote this thing in two weeks and that got me my manager, which got me my first job in the writer’s room for TV. And that got me, my agent. It all came from the script that I wrote in the middle of a time where I wasn’t doing anything. You just don’t know when something is going to resonate with the right person and propel you to the next stage of your career.”

Axelle admitted that she doesn’t really enjoy writing but does it out of necessity, in order to have something to direct.

“There are all kinds of schools of thought about structure. Some people will tell you to write from your guts and it doesn’t matter what the structure is. I used to be that person. Then I realised that structure, when I use it properly, is incredibly freeing because it helps me have an idea of what should come next and how to put my thoughts into order.”

She now uses a basic structure to keep her connected to her writing. Which also allows her to “take liberties with it. It doesn’t mean that everything’s going to fall into the same mould. If you use it properly, it really helps to put you back on track.”

“My first experience in TV was in a writer’s room for Chilling Adventures of Sabrina. And that’s the job that got my agents and put me on the track to have not just an indie career but a career in Hollywood.”

During her time in the writer’s room, she learned how TV works from the other side, the power of the showrunner, the position of the directors and writers, and how the hierarchy in TV differed from that in filmmaking.

“By the time I was on set for Bly Manor, I was expecting not to have that much freedom but Mike is a very unique showrunner and he picks filmmakers that he matches with the material. He’s very good at figuring out who’s going to be good at what.”

Episode eight of Bly Manor is a separate episode where you go back in time to the 17th century. It’s a completely different look, a different cast and we’ve changed the sets. (Mike) gave me so much freedom.

I had my visuals, I explained what I had in mind, the kind of themes that I saw, how I saw the characters and Mike just loved the sound of it and really trusted me. And it felt very empowering because when you have that support team and people that you highly respect, who tell you that you’re doing a good job, you just want to do it even better.”

During her time working in film and TV,  she said that she’d “witnessed a lot of directors being very scared of actors and not knowing how to speak to them.”

Having an acting background helped her to not feel intimidated by actors, and also allowed her to have a better understanding of the direction that she could give. She also adjusts to whoever she works with and tries to figure out how they like to work.

“Sarah Paulson has a very specific way of how she likes to work, that’s completely different from Angelica Ross or Frances Conroy.”

She also said that to her, it is important to learn to speak their language – the kind of instructions and direction that they like. And be able to guide them without telling them who their character is or how they should be playing them.

“I always let people do their first or first and second take to see what they have to offer and what they have in mind. And then I’ll tweak if necessary. As a note, I would love to try this emotion or this tweak and then see how they deal with it and how they receive that.”

For more from Axelle, listen here.