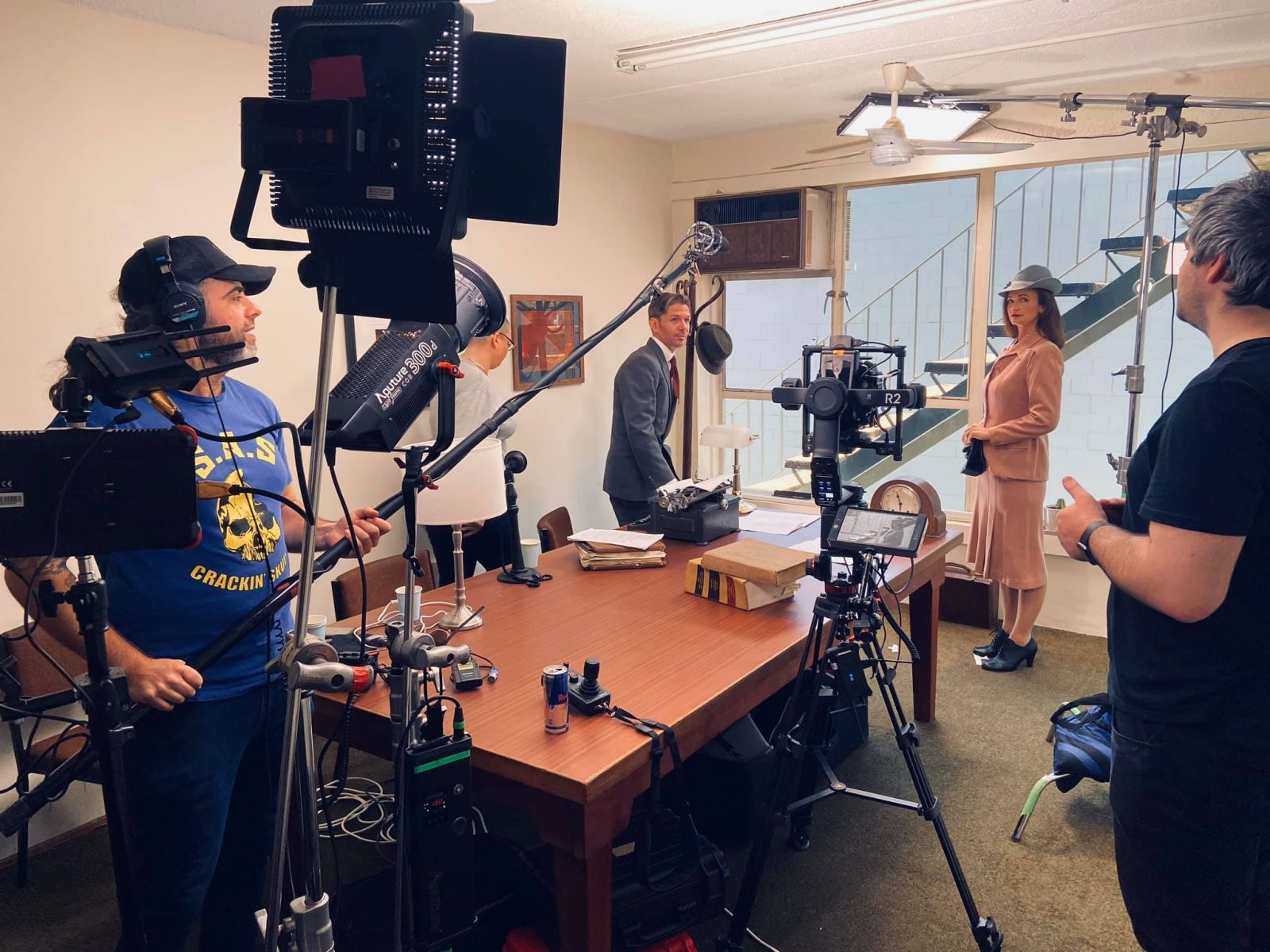 Guy Pidgen, started filmmaking when he was 16. “I made my first short film when I was 16 and it was, ironically, a zombie film.” He had a cemetery near his school, that he used to walk through on his way home, and he and his friends thought that the cemetery was really creepy and that they could film something in it.

“I did a milk run and used the money to hire purchase a Digital8 Camcorder. That’s when I started understanding how to make movies, or not really understanding, but I shot that and I edited it on two VCRs. All the effects were on camera and it was terrible, but it really gave me a taste for film. I was like this is definitely what I want to do. And this is what I am really interested in. And so I continued to make those little shorts with my friends.”

Guy watched Spielberg growing up but was inspired by George Lucas. “Star Wars was the movie that really captured my imagination and it was actually my dad who would be the one to talk about how films were made – he would talk about the directors as opposed to the film as a whole. And that, as a concept, hadn’t really occurred to me – that there were people that made these stories.”

When Guy was 19 he moved to London to be a runner at a production company. “One of my jobs was to read all the scripts that came in. And reading all the scripts, I believed, at 19 years old, that I could do a better job.”

He started writing his own scripts and entered some writing competitions. Some of my writing got looked at by, I think, Columbia Tristar. It had been given really good coverage, but I couldn’t get to the next step.

And then I started taking it to agents and all the agents said the same thing. One, we think you’re too young, but two, what else do you have? And my answer was always I don’t really have anything else.”

Guy spent another year or two in London before moving back to New Zealand. “I started collaborating with friends – making movies again, but this time with a little bit more experience. I started writing for people. So quite early on, I managed to get my scripts to certain people in New Zealand. And then I started doing a few writing jobs for them.”

Road from I Survived a Zombie Holocaust to Older?

They were “still in the post-production process of Zombie Holocaust and in that ‘will it ever be finished?’ situation”.

Guy says that he was trying to think about his next project, “because I had learned that lesson – you can’t release something and have nothing afterwards. That is the key mistake that I made when I was younger. And I think a lot of filmmakers make it over and over. They bank on this one idea, this one film being it, and then it’s not it. And then they have nowhere to go, or as they recover, they’re spending another two or three years setting it up.”

“I initially thought a film like Older would be my first film, not a film with a thousand zombies running down a street. I was expecting it to be more intimate, much smaller and much more chill.”

“We had originally filmed in Dunedin (the zombie film), but I was doing pickups in Auckland with the Canon 5D Mark II and I just blew my mind that myself and my DOP friend could create it so close to the image that we’d create with this crew of 30. It really inspired me.

Doing the reshoots and pickups for the zombie film had really given me the confidence that along with my producing partner, Harley Neville, we could as a team produce a feature, as opposed to having someone else produce it. And especially on that scale.”

They raised some of the film costs in order to buy some kit, but Guy says that it was hard to say how much they spent on the film “because it’s been seven years. We’re not charging for our time, but if you factor in the post-production finishing costs, just over $10,000 dollars or at most NZ$15,000 (about £7,000). And that was calling in some huge favours with our colour grade and sound mix.”

“We raised the money through a crowdfunding campaign. We were trying to raise $20,000, but we weren’t really trying to raise that. That was like the best possible scenario.” They thought that even if they raised no money, they’d still do it. Everything’s still the same. We’ll just have a lot less money.” They ended up raising US$5,000 and about $2,000 from their YouTube channel.

They were also really fortunate that their Australian friend and DOP, Adam St John, had family living in New Zealand. He agreed to come over and shoot with them for three weeks. He had more gear – lights, etc. “And so that initial three week period was to film approximately 80% of the film – the hardest bits and then pick it up over weekends. That was our plan and our schedule and that’s what we did.”

You can hear more about Guy Pigden and his filmmaking experience here.