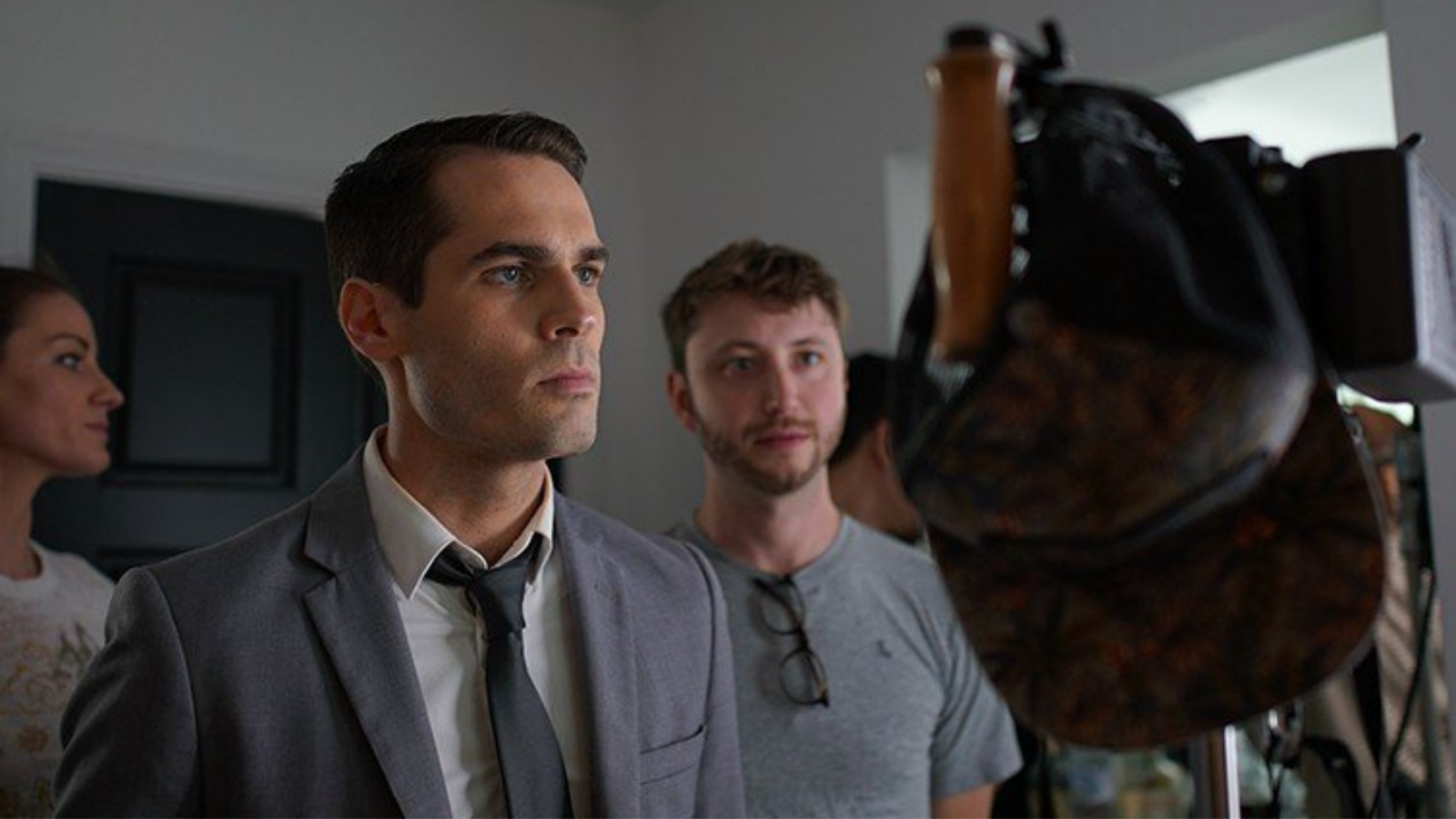 Giles Alderson and Dom Lenoir met with filmmakers Jim Cummings and PJ McCabe for their first in-person interview since the pandemic.

Jim, who has been on the podcast before, told Giles and Dom that he had a confession about The Wolf of Snow Hollow. “We got greenlit before the script was very good. I’d written the script before I had written Thunder Road. So I wasn’t a feature filmmaker then.”

By the time he’d written Thunder Road, they agreed to green-light his “old movie. And I couldn’t sleep for three weeks because I was like I have $2 million to make this movie. That’s so much money, it has to be very good.”

The Wolf of Snow Hollow

“And then after the movie, some of the scenes weren’t working or the studio was moving scenes around. And when the studio head says this should move around he doesn’t get made fun of on Twitter. So it becomes this identity crisis of you’re the lead actor in the film, people are gonna make fun of me on the internet.

And I’m happy with the movie now. But at a certain point in the edit, it was not working and it was not good. I’m not good. And then you have all of this self-doubt and inadequacies – it’s brutal.

I feel like I was most stressed out doing The Wolf of Snow Hollow because it was so big, but (The Beta Test) was very easy. Because it was such a performance of this isn’t me. I felt free.”

Jim said that The Beta Test was “the hardest I’ve had to act in a movie because I’m not like Jordan at all. My other characters are so lovely and they have hearts of gold. And then Jordan Heinz is just a failure of a person, not likeable at all until he admits all of his lies.”

PJ’s character is more relatable and likeable. He said that he felt like his character “was the guy connecting to the audience, the straight agent.”

“We wanted to have that dichotomy of me being an absolute lunatic. And then when PJ says you’re acting like a lunatic, the audience is like, that’s what I’ve been thinking the whole time. So it becomes this payoff catharsis.”

“We wanted people to look at the film and say, that’s what a talent agent is (which is hilarious, if that’s the case). And that you can make a movie by completely circumventing the system.” They raised $350 000 on a Wefunder campaign, funded “entirely from strangers on the internet. We were able to completely dodge Hollywood and made it entirely in secret. We finished the film in my garage.”

From Studio to Indie

As soon as Jim realised that he wasn’t going to have the final cut on The Wolf of Snow Hollow, he “immediately started the Wefunder campaign. And it was this weird overlap that I had of delivering the film, doing the final sound design while gearing up to shoot this movie. It was not ideal, but it worked out.”

The producers of The Beta Test were the same producers from Jim’s last two features. “We wrote the script and raised the funds and they were like give us the script, let’s start breaking it down. It was very quick.”

But they also wanted to be able to “build a highway that is functional for independent filmmakers. So they don’t have to go through what we did for the last 10 years.”

Jim: “Because we’re in the UK, I feel like I have to talk about this. Most of the time when I meet filmmakers, out here, they are waiting for a grant to be able to make their film. We don’t have anything like that in the United States. They spend years waiting for this stuff to happen, instead of making something on their own.

So my advice is to run a Kickstarter, because you’d be far more successful because nobody else is doing that out here. If you can do it by yourself and create a studio around yourself, you will have a much better career.”

PJ: “Don’t be afraid to do weird stuff in your movies. Don’t be afraid to tell weird stories. We swung through the fences on this one, putting a lot of things together and it worked. Take risks. There’s an appetite for off-kilter and strange stuff. And tell your complicated story. They’re fun.”

For more from Jim Cummings and PJ McCabe, listen here.