Want to know how Michelle Danner went from teaching A-list actors in Hollywood to directing feature films? Giles Alderson chatted to Michelle this week about her journey into the filmmaking world: how teaching actors helped her become a better director, and more.

“Everything has been a stepping stone. It started with loving literature and reading a lot of books, a lot of plays, and a lot of screenplays.

I fell in love with words. I always wanted to use my emotional life to a good end. So I acted, I love to act. But at some point, I left acting to teach.”

She had a lot of students but was trying to juggle teaching and auditioning. Something had to give. So she decided to focus entirely on teaching but would act if she was asked.

“I have a passion for the craft. All of it is tied to storytelling. And so when I had the opportunity to direct, I was very scared.”

Getting Advice from Hanks and Spielberg

On the first day of her first film, How to Go Out on a Date in Queens, she bumped into Steven Spielberg and Tom Hanks having breakfast.

“And I said to them you’re not gonna believe this, I’m on my way to set, I’m super nervous. And Steven Spielberg said: you’ll do your 20th movie and you will still be nervous.

He made me feel good about that and accept my insecurity and fears. And so after that, I did several more movies.”

From Theatre to Film

“I love the theatre. When I was a child, I was raised in Paris and then moved to New York and I would go to see tons and tons of shows and read a lot of plays.”

John Buffalo Mailer, Norman Mailer’s youngest child, “wrote a play called Hello Herman, that I liked very much because that’s a theme that I’m drawn to, our children falling through the cracks. This story was about a school shooting.”

She first workshopped it on stage with John and Sawyer Spielberg (Steven Spielberg’s son) “and they were very good at it. It took several years to raise the money to make the film version of it.”

Once the money was raised, Sawyer was then too old for the role, so Garrett Backstrom and Norman Reedus were cast.

While some filmmakers favour a certain phase of filmmaking, “I like every phase. Making a movie is like assembling the pieces of the puzzle.”

Michelle also loves writing down notes from her days on set. “I have written every time I’ve learned something, from a movie, so I don’t make the same mistakes.”

She likes to rehearse. “I feel it comes out better, for me. I’m not worried about robbing the spontaneity out of the moment because I know how to get actors to be spontaneous and improvisational within the dialogue and I give them freedom.”

She’s worked with a lot of big-name actors when they were starting out. “Having taught acting all over the world, there’s a lot of really great artistic talent breaking through.”

Directing Three Movies in a Year

“I manifested it. I collaborate with a wonderful team, who’ve been with me for all these years.

I’ve got to put the energy out there in the world that we’re making movies. It’s part of wanting to be a storyteller and telling stories that have meaning for you because you have to connect to them. It helps me to direct better.”

Michelle learned filmmaking on set. “That’s how you learn. There’s no other way to learn. Going to film school is invaluable, but then you just have to do it.”

“I let my mind wander – if I can let my mind wander for a little bit and reflect on things, I don’t put pressure on myself. If I just give myself a break that works. When you direct, you have to prep like an athlete, especially if you’re going to do an intense shoot.”

She says, as a director, it’s important to eat well, have enough sleep and “take care of yourself,

anything that you can do to help yourself. Minimise the distractions and don’t let people waste your time. It’s okay to do that because when you come back you refocus.”

To hear more of Michelle’s Tips and Tricks, listen here.

Today on the show, @GilesAlderson & @LucindaRhodes chat with producer, writer, director and actor Livia De Paolis! Livia takes us behind the scenes of her second feature film #TheLostGirls, which is out now in cinemas. Ears here: https://t.co/BbxXEBTe8B https://t.co/vMxVxvmK58 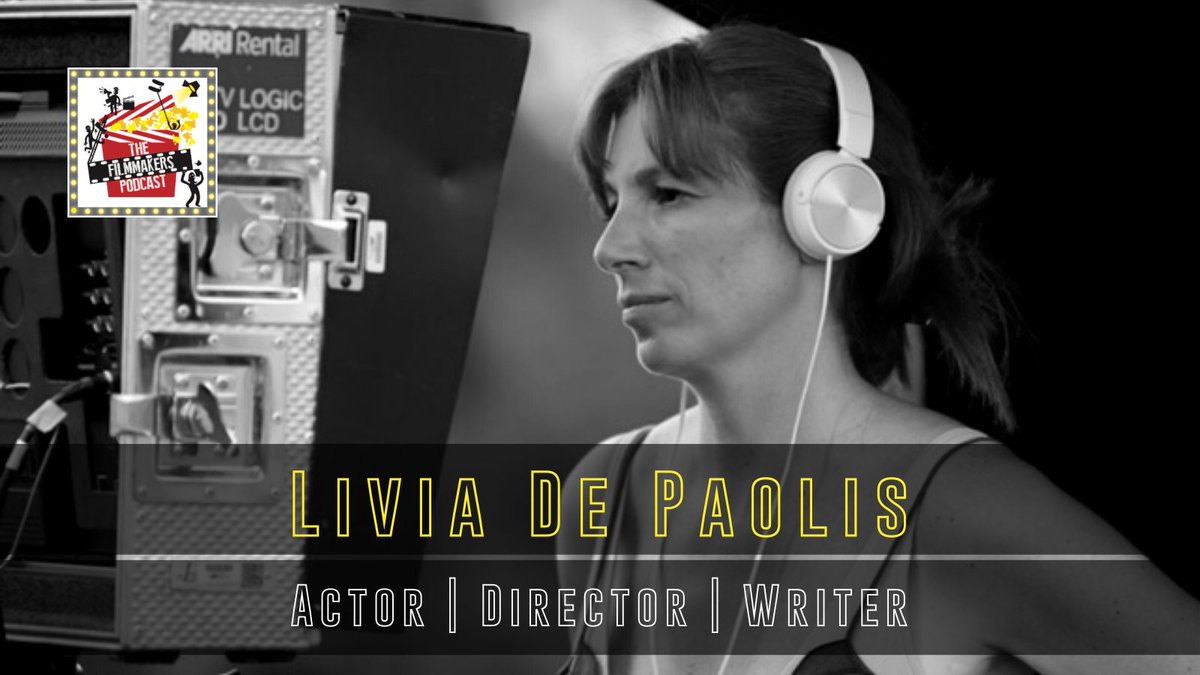