AARON MOORHEAD & JUSTIN BENSON ON DEVELOPING IN THE FILM INDUSTRY

Giles and Robbie chatted to power-team Aaron Moorhead and Justin Benson this week about their hit feature film Synchronic. And their journey to getting it made.

And even though they have had many successful indie projects, Aaron and Justin still have to make their own paths in order to find and make work for themselves.

As we all know, that doesn’t happen to anyone – unless you’re Steven Soderbergh or one of the other very well-established directors. You’ve got to go out and find the projects by writing them, getting them together yourself or finding people to make it with you.

“One of the best, most inspiring and accurate things I’ve ever seen is Mark Duplass’ 2015 SXSW Keynote speech, which he calls ‘The Cavalry isn’t Coming’.”

“Basically, you make a movie with your friends for a couple of toothpicks, a safety pin and a borrowed camera. After you make that, you’re gonna make a whole bunch more and your budgets gonna be like $10 or $15 or a hundred dollars.

And you just make them until you’re actually kind of good at it, as opposed to making your first one and sending it to film festivals and finding if you’re good by validation of others. And you just keep going and going and going. Then you make your first feature in that same way, your budget is a thousand dollars and you ‘borrow’ stuff from Home Depot. That’s when people start to pay attention, but it’s all bad, so you have to go make another one like that. And then another one like that.”

And then at a certain point, it appears that the cavalry shows up and offers you a movie. You are able to do it, but you need to decide if what they are offering is worth it. So you say no and make another one, like the ones before.

“But basically what he (Duplass) says is that at a certain point, you’re going to look behind you and you’re gonna realise you have a body of work, the ability to get movies made and to survive off of it. And you are now the cavalry.”

But You Can’t Do it Alone

Building relationships in the film industry is vital but “sometimes what people are referring to is do you know people with more power than you have or people who can open up doors.”

The thing is, the way up is not a ladder. “I wish this visual weren’t a ladder, because it’s not really a ladder, it’s more like an ocean rising. But there are little bumps that happen and everybody’s just trading places all the time.”

Using Lockdown to Grow their Circle

“We had a cool strategy that hasn’t completely panned out into a movie yet, but it will.”

After Spring, they got represented by a major agency. “And they can do anything for you – they can try to set up your movie and they can try set you up on these general meetings, but there’s something that nobody takes advantage of.”

Mayor agencies want to get your movies made using “people that are also at that agency.” So Aaron and Justin asked their agency to set up meetings with actors who were prepared to meet them for a coffee.

“It was never people that could finance a movie, which is fine, we’re not meeting people for financial gain here, but there’s always a world where we have a perfect role for them. And there’s the other world where they couldn’t finance a movie, and then suddenly they can.”

And it goes back to Mark Duplass’ idea of Randy Hercules who is not “just an actor that can finance a movie. But it’s also to see who you click with. When you’re writing, you imagine roles for them. And it kind of like helps piece the filmmaking process together more than a general meeting where someone says: ‘I like your movies and you say, I like your office’.”

You can find more from our brilliant podcast with Aaron and Justin, here.

The Filmmakers’ Podcast 6 hours ago

Filmmaking blog: @WhenScreaming The ‘film was funded by the majority of the people you see on screen; our friends, the actors, all chipped in. They put money into the film. It’s a testament to the project and everyone’s passion.’ Read more here: https://t.co/wyc1zGzwlR 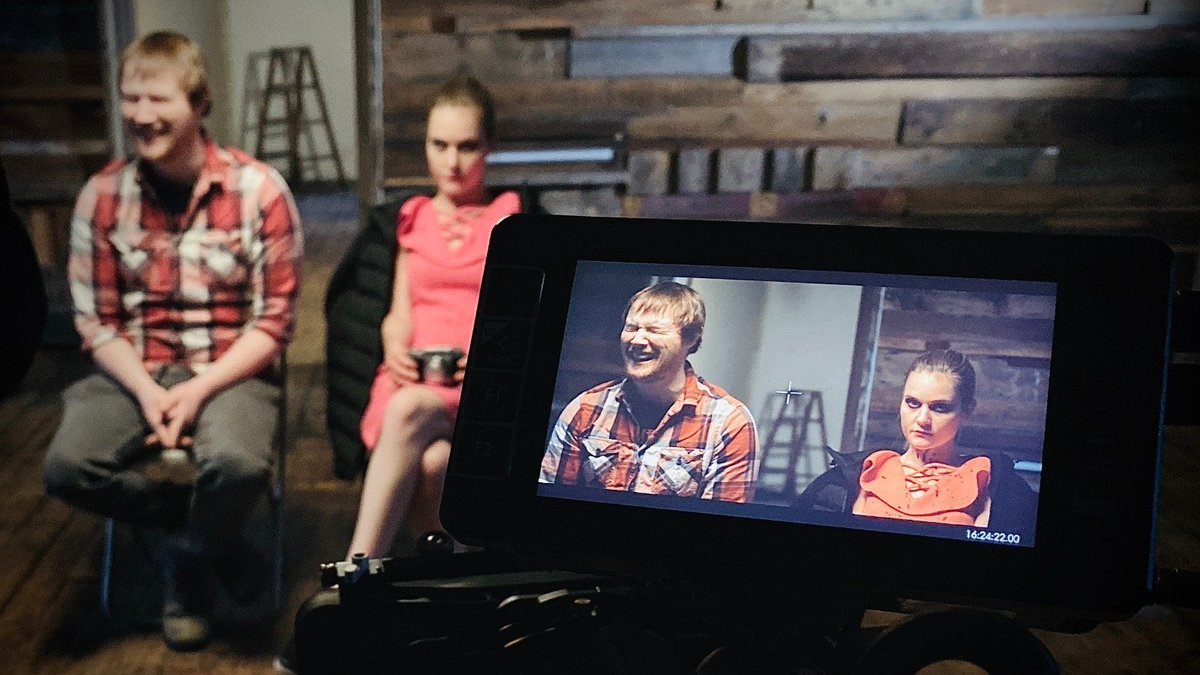 The Filmmakers’ Podcast 11 hours ago

SOUND ON! @octaviagilmore_ shares her thoughts on knowing when something is enough and when you need to take a break. Ears here:  https://t.co/4z9mWiYOVx #filmmaking #podcast @WhenScreaming special with host @GilesAlderson https://t.co/DfHLdburPH